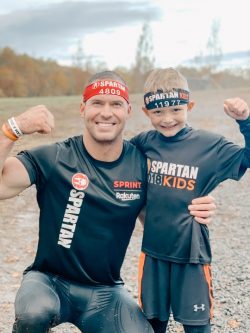 One of the biggest mistakes in parenting my four kids has been trying to engage them when their “lizard brain” or the fight or flight instinct has kicked in.

To give you an example, when my youngest son Easton did his first Spartan Race he climbed up a wall and when he got to the top he was paralyzed by fear and screaming for me to get him down. His “lizard brain” was fully engaged and instead of calming him down I proceeded to try and motivate him over the wall and it didn’t go well.

In past situations like this I often ended up making things worse, hurting our relationship and although I had good intentions I failed to help my kids overcome their fears by assisting with a shift from their lizard brain back to the prefrontal cortex. 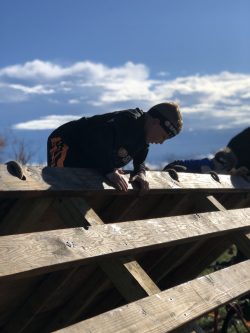 Overcoming Fear
Fast forward to this past weekend. I recently spoke with Fear Guru Patrick Sweeney and he gave me some priceless wisdom on the importance of being a surrogate prefrontal cortex for your kids until theirs is fully developed.

I took his sage advice and when Easton hit the wall and his lizard brain began to kick in I was ready. I calmly told him to take a few deep breaths, asked him to focus on me for a minute and took him through a series of micro wins to gradually overcome his fear and reengage his logic brain. He slowly swung his leg over and secured it on the other side. Little by little the brain shift happened and Easton’s gigantic smile on the other side was proof he had overcome his fear and our relationship had also grown as a result. 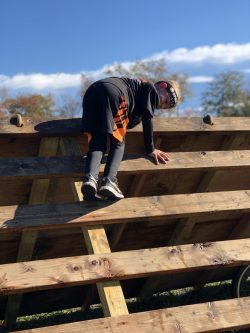 Overcoming Fear
Next time you witness your child’s lizard brain engaged, think about helping them make the shift back to the logic brain and be the surrogate for their prefrontal cortex until it’s fully developed.

To learn more about being an intentional and engaged parent visit: DaddySaturday.com

To join us on our mission to impact 10 million fathers in the next 10 years and end fatherlessness visit: DaddySaturdayFoundation.org

Make sure this account has posts available on instagram.com.